You are exactly where you are meant to be!

You are exactly where you are meant to be! That is the truth, you can either decide to embrace that or fight it. But the truth is we are not really the ones in control. We plan and we strive but ultimately we HAVE to trust the journey and for me I trust in God with all my heart! 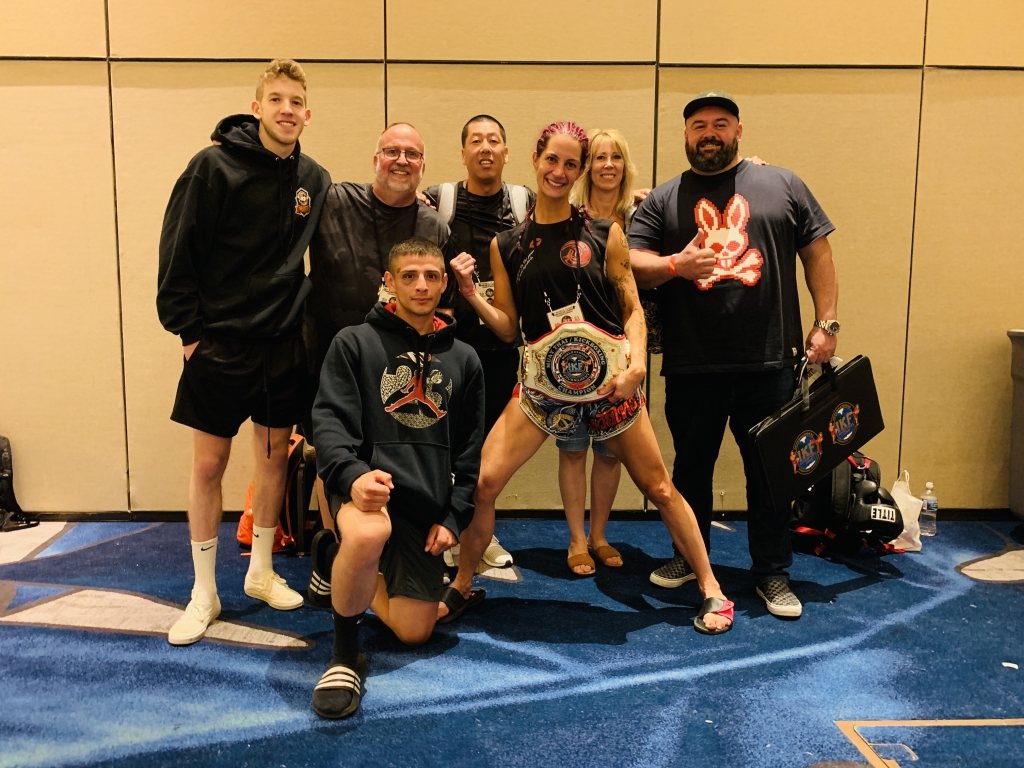 Whatever it is, believe in something. Believe that the only thing we CAN control is how we react to the circumstances and people in our life and it doesn't always run smoothly over the course, but then again you already knew that!

Ever since I was 22,  I have had this dream of becoming an IKF Champion (International Kickboxing Federation) I have explained this journey on how I got back into kickboxing after a 20 year break in one of my other blog articles! This has been my ultimate goal. I have lost three times at this event 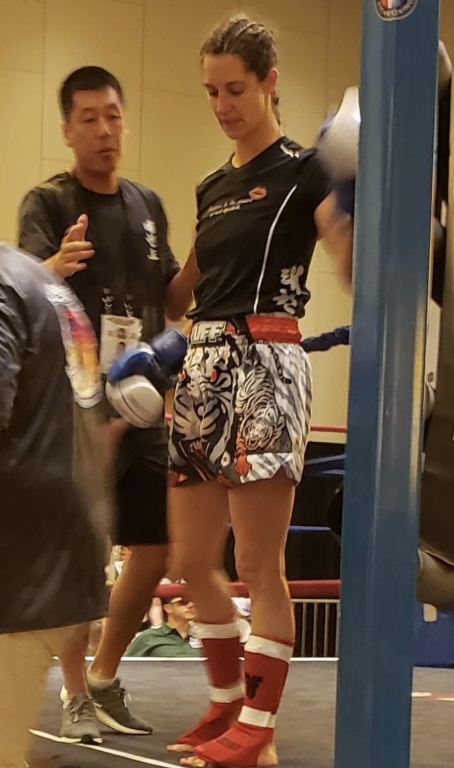 which had created a mental block in my heart and mind. The last time I lost was back in 2019. 2020 was another chance and also another year older for me (41) then covid hit. I had plenty of thoughts of "maybe it was time to move on?" I would be FAR too old, almost 43 the next time around. 2021 rolled around and my fire was still lit.  Everyone still believed in me so it was time I finally believed in myself.... so we forged ahead!

Earlier this year, January 2021, you all know I had gotten a blood clot from Covid, (and for those of you who don't, well...now you do lol.) I was put on blood thinners for 3 months and had been taken off of them right before my WAKO  tournament in April!  I was feeling great for about 2 months after and then 3 weeks out from a boxing tournament in June, it came back. That boxing match was supposed to be a huge helping tool for me mentally for being even more prepared entering that ring at IKF in Orlando a month later. This boxing tournament was also for the same belt I had won the year before in Atlanta, so I really wanted to see if I could do it again!

Prior to knowing my blood clot had returned I broke my nose sparring the week before that. Needless to say, I was feeling pretty down. In the event of having to pull out from a fight for the first time ever,  I later realized why I was not meant to do that tournament and turns out it had nothing to do with me at all. There was someone else who needed to win that tournament more than I did. I truly believe God tried to keep me from it with a broken nose and then he was like..."oh man she is STILL  planing on going, I'm going to give her a blood clot again" hahahaha (sometimes if we don't laugh, we will cry!) THAT is how important it was for this other person to be able to go and win. Do to her privacy I will keep HER "story" out of it. But it was like a light bulb went off in my hea 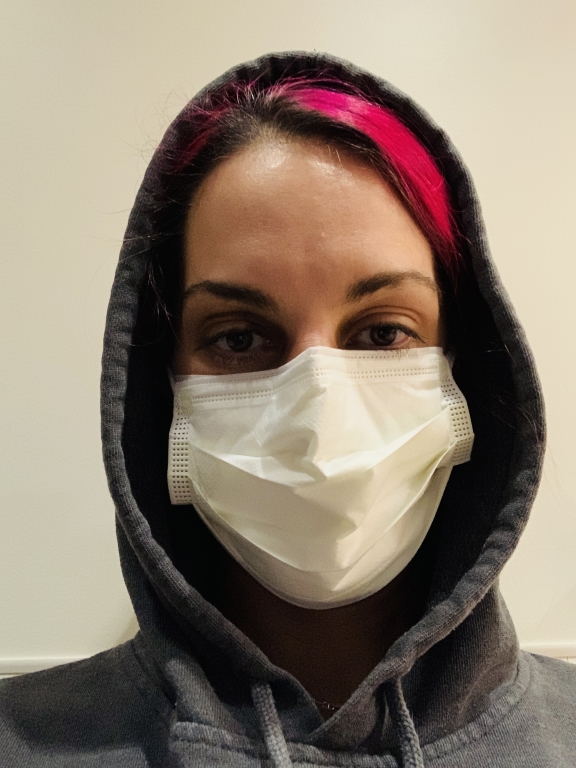 d after I found out she won and I looked up and said...."I get it, I understand." I truly understood the "why" that kept me from competing in that tournament. It really wasn't about me at all! It was about her and I couldn't have been happier for her! The world does not in fact revolve around us. At the time I had taken this photo right here, I was in the hospital room waiting for the doctor to tell me what dose of blood thinners I would have to be on again. As you can see, I was NOT a happy camper.

Two weeks after that my long time trainer and I got into a huge argument and he kicked me out of class. We have been known to butt heads every now and then, and that particular day was a huge head butt. I left in tears and devastation that I thought I would not be going back. At that point I now had about a month left to train for IKF,  I still had a blood clot, was on blood thinners, I still had a broken nose and now I felt homeless. Things did end up working themselves out. There are SO many ups and downs and emotions that go into training hard for something you and your team want more than anything! It DEFINITLEY  becomes like a love/hate relationship with so many intense emotions involved!

Things were looking up a bit, but with my blood clot not completely healed I still could not run and sprint the way I had wanted to or kick for that matter. My trainers pushed me in all other areas to get my cardio up that ended in tears for me a few times because of the frustration, the difficulty and the "want" to push on and do this.

A week later on one of my days to train, my kids and I went to a park and my daughter Brooklyn fell off the monkey bars and broke her wrist!!! She is the 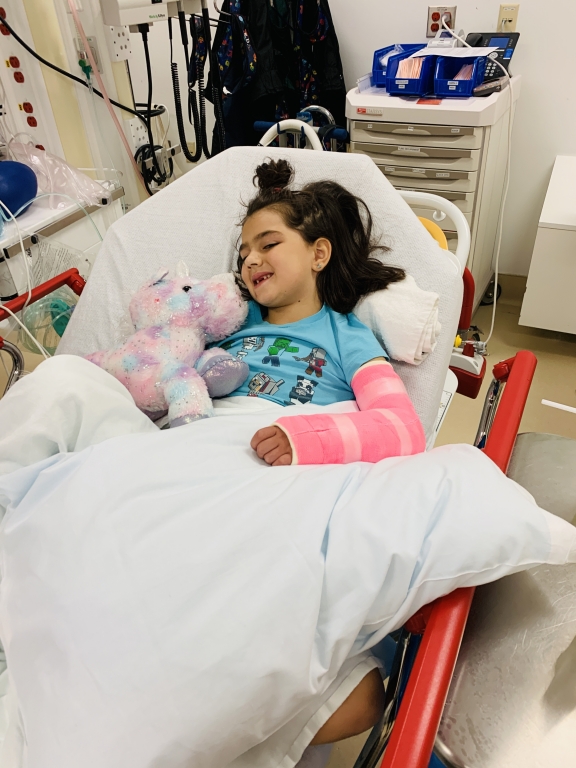 strongest girl I know! Into the ambulance we went to Lurie's and she goes "well, this isn't my first rodeo" and it was in fact not! We have been to hell and back with my little girl and she pushes on and inspires me in a way that is undescrible!

At this point in my journey or "training camp" I felt defeated. I felt there were total mixed signs on what I was supposed to do. And no matter what I felt or thought, the end all result came down to the Monday before I was supposed leave for Orlando for IKf on that Thursday! I had an an ultrasound sound scheduled to determine whether or not my blood clot had blood flow and could be cleared enough to be off blood thinners to do this tournament!

Was this all worth it??? UGH, I turned to God and put my 120 percent faith and defeat feeling in his hands and I took the passenger seat and allowed him to guide me in what would be the best thing for me and my

family. Most of you probably are reading this thinking I am nuts! Why!!??! Why would I even consider still doing this at this point! I was under the care of 3 doctors looking for their guidance and expertise and like I said, truly putting my fate in God's hands (as if it was not already there even if we think we are in control, we are in fact not.)

I continued to train with all my heart pouring the best of my ability into each training session because that is just who              I am and what I do. That Monday came and I was in my ultra sound wondering if maybe this was just not meant to be in the cards after all these years. w

I was on my way to Orlando! After my fight, the belt was placed around my waste and I hugged my trainer Tommy and I told him that I loved our story! Every workout, every last 30 seconds was geared towards THAT belt for So long! I

was standing there living a dream. I walked out of the ring and went right up to my husband we didn't even have to say anything, we just knew what that moment meant with tears in our eyes and an embrace I will NEVER forget! This was truly a story of blood, sweat and tears! A moment and story nobody can ever take away from me. There are some things and moments in life that money could never buy! Those are the treasured moments we can keep in our hearts, those are the moments we take risks and step deeply out of our comfort zones! 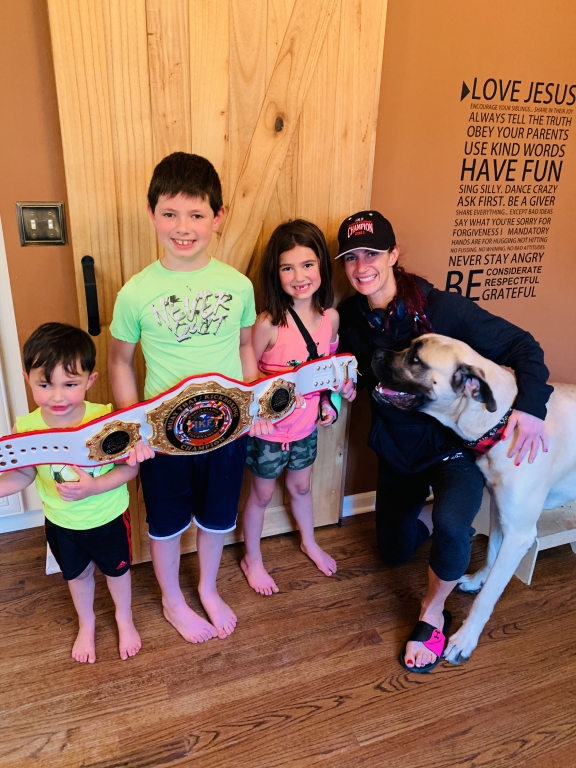 Do I believe I am exactly where I am meant to be? You bet I do and not just through this journey but every. single. day! Coming home to my kids after this was amazing! Of all the belts around my waist or medals around my neck...their arms are by far the biggest and best achievements in my life!!!!!

"She believed she could, so she did"

More in this category: « Drink and wear Lemons for the Win!!! The Giving Keys »